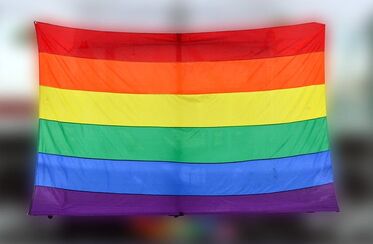 Two men, married to each other retire from the rigors of acting, primarily live theater. They buy a Broadway theater. Then are presented with one of the men's children from a previous marriage.