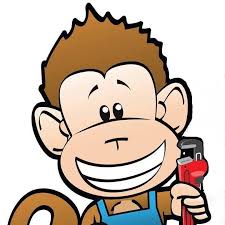 
The Introduction: There is a line in my favorite movie, the original Die Hard where John McClane says “Monkey in the wrench.” Years later when putting together my action screenplay, I remembered that line and created my protagonist who would be a monkey wrench in a terrorist plot.

Log line:  A man, the wrong target of mercenaries is thrust in to action after they fail to kill him. He discovers that his reporter girlfriend was the target and her story of a kidnapped Senator is true. He evades terrorists and police as he races across Washington D.C. to foil a terrorist plot to destroy America from within.

President-Elect Kristen Hillenbrand has just won the presidency of the United States and has vowed to cut off foreign aid to the country of Ubalia and its tyrant dictator, Ibrahim Mulzawi. The vice president-elect from the other party is opposed to that and sets out on an unauthorized diplomatic mission to Ubalia.

At the same time, Tom Welker and his friend Wesley Brady are at a D.C. restaurant, the night before Wesley is to join the Air Force.  They meet Abby Sinclair, a waitress.  Wesley is immediately smitten with her. Tom swoops in with his clever, sharp tongue that reluctantly makes her smile.  Tom and Abby spend a passionate night together and the next day bid Wesley farewell.

The imposter vice president has been running his nefarious plot from the White House sub-basement.  He is only two politicians short of a veto proof congressional majority and full implementation of the plot to destroy America by having the enhanced politicians declare war on Ubalia, an oil rich country. This unprovoked attack would allow Mulzawi to play the victim on the international stage. Vilify America, guilt all of Europe in to subjugation and demand appeasement by insisting on full discretionary power over the world’s oil.

Tom, a physically fit, gun enthusiast and Abby, a reporter, are in the midst of a tumultuous relationship while residing at her D.C. apartment, on the ninth floor of the Park Connecticut apartment building, just below a rooftop pool. Wesley is home on leave.

Abby is on her way to interview U.S. Senator Duke Nathanson. He is kidnapped right in front of her, she avoids being kidnapped.  She returns home to find Tom, who still cares for Abby, is unsympathetic to what he calls a conspiracy theory. Wesley however is eager to help. Abby and Wesley leave together to uncover the truth.

Meanwhile Tom prepares Abby’s favorite dish in an attempt to make amends. Two mercenaries arrive at her apartment to kill her, instead Tom kills them and learns her story is true. Tom must evade the police and more mercenaries as he races across D.C. to save the Senator, the Congressman and the President of the United States.